Substation recommended for approval at Cockenzie 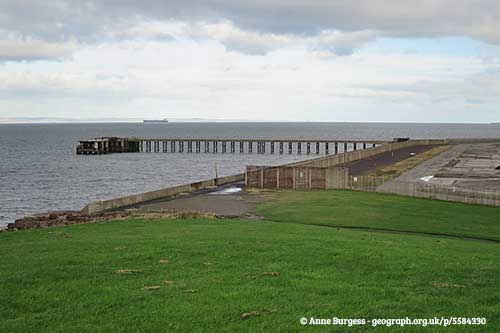 A second substation to bring offshore energy into the National Grid is set to be given the go ahead at the former Cockenzie Power Station.

East Lothian planners have recommended the plans by Seagreen Wind Energy for approval when they go before elected members next week.

If approved it will mean that to date the only successful plans for the council-owned site, will be for buildings which have been described by locals as “big sheds”.

A report to councillors next week says the plans from Seagreen which could involving diverting public paths at the coastal site should be approved noting no objections have been lodged to the plans.

Planners said neither of the local community councils – Cockenzie and Port Seton and Prestonpans – had made any comment on the proposals.

Seagreen Wind Energy wants to bring power from 36 offshore wind turbines onto shore with a substation built on top of a former gasholder site.

The company sparked local concern when its initial consultation appeared to put the entire Greenhills – a popular recreational spot between the communities of Cockenzie and Prestonpans – in its proposed site.

However, the plans now lodged with the council show the substation across the road from the former power station’s main footprint on an old gasworks area now being used for a temporary car wash business.

The report to council next week from planning officials says a public path which links neighbouring Whin Park, a residential area, with the land to the south, may have to be moved during construction and it may be a permanent move.

Phase One within the zone includes the development of two offshore windfarms – Seagreen Alpha and Seagreen Bravo – located more than 27km from the Angus coastline.

The former Cockenzie Power Station site was bought by East Lothian Council from ScottishPower after the station’s iconic chimneys were demolished.

Aspirations for the site among the local community range from a cruise terminal to a living history Eden-style project.

However the only applications lodged to date have involved substations with the first for Inch Cape Offshore Limited due to start construction next year.