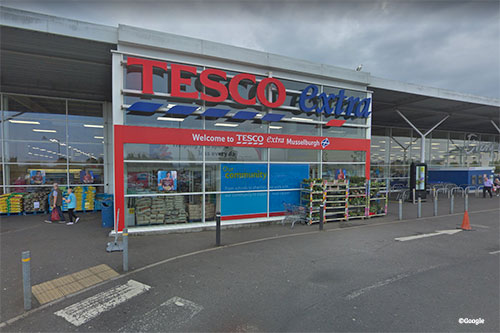 Supermarket giant Tesco has launched a fresh bid to avoid paying interest on £400,000 overdue in contributions towards schooling in Musselburgh.

The food chain is appealing to Scottish Ministers to step in after East Lothian Council billed them four months after construction started on 140 new homes on land formerly owned by the firm.

Tesco had argued that it no longer had to pay the £400,000 education contribution tied to the new housing as it was no longer the owner of the land.

But it lost its argument and an appeal against the decision was ruled ‘unlawful’.

After being told it had to pay the bill Tesco then applied to change the terms of the repayment so it did not have to pay until the last house was completed rather than at the start of the development as previously agreed.

The request was refused bv the local authority who now want the bill paid with interest backdated to last year.

The supermarket chain has now lodged an appeal with Scottish Ministers asking them to overturn the council’s decision so it can pay the bill at the end of the development and avoid the interest.

East Lothian Council has argued that Tesco is getting off lightly after the deal over the land at its former store site at Olivebank, Musselburgh, was signed 15 years ago.

They said if a similar deal was struck today the contribution request would be closer to £700,000.

And they warned a delay to the payment being made could “significantly impact” ongoing projects to provide a new secondary school in Wallyford and extend Musselburgh Grammar School.

Under planning legislation local authorities can ask housing developers to pay a proportion of money towards schooling to counteract the additional number of families moving into their homes.

Appealing against paying the contribution Tesco argued: “This transaction took place over a decade ago and the land of the residential development site is not owned by Tesco.”

Rejecting Tesco’s application, planning officers warned that Tesco was liable for interest rates of 4 percent above the Bank of Scotland rate on the outstanding payment and the longer they took to pay, the more the value of the contribution was eroded by cost increases.

They added it would set a precedent for future infrastructure contributions which could put them at risk.

The appeal has been lodged with the Scottish Government Reporters.