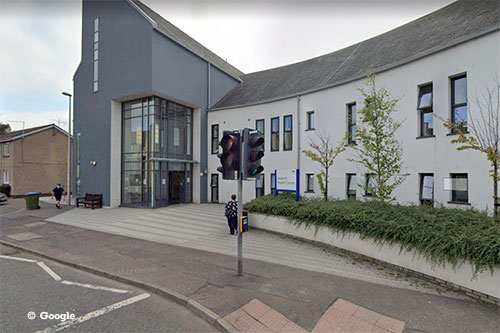 Four out of ten patients visiting their GP are there because of mental health issues, Midlothian councillors were told this week.

Nick Clater, head of adult services at Midlothian Health and Social Care Partnership, said many people were seeking help for depression and distress as he described the impact on GP time as “significant”.

Speaking to the council’s performance review and scrutiny committee, Mr Clater said every GP practice in Midlothian now has a mental health nurse working in them to ease the burden.

He told the committee: “GPs estimate that up to 40% of appointments that people have are related to mental health issues, often what we would class to be lower level mental health distress and depressions and therefore if we have nurses on site that can free up GP time quite significantly.”

The figure was backed up by the Royal College of General Practitioners (RCGP) Scotland who said anecdotal feedback from members also suggested the number of mental health related cases had increased since the pandemic.

Dr Catriona Morton, from RCGP Scotland, said: “Traditionally it was estimated that a third of those seeing their GP had a mental health component to their illness, however we do not have a reliable recent estimate as there is limited meaningful general practice workload data in Scotland.

“Higher anecdotal figures are consistent with what we hear from our members, as many GPs report higher numbers of mental health related consultations following the pandemic and the associated stresses, isolation and loneliness.

“These are powerful factors capable of influencing individual’s mental health in a detrimental way.”

She said: “GPs remain very committed to this work, but as a College we are profoundly concerned by the combination of increasing workforce shortages and rising workload.

“This has led to GPs finding it more difficult to provide the time, space and regular review so needed by this group of patients.

“It is crucial that patients can get support for their mental health as quickly and easily as possible.

“RCGP Scotland has been calling on the Scottish Government to ensure a mental health clinician is available in every general practice team, but we know that this has largely not happened, despite the aspirations of the new GP contract.”

Mr Clater said Midlothian has invested strongly in its primary care mental health team, which, since 2019, has been developed, and rolled out to all 12 GP practices in the county, offering direct access to mental health triage, assessment and brief intervention for people aged 18-65.

However a report on adult services in the county warned that the number of mental health issues in Midlothian was a concern.

Identifying the risk of the rising cases on adults services, it said: “Many mental health problems are preventable, and almost all are treatable, so people can either fully recover or manage their conditions successfully and live fulfilling healthy lives as far as possible.

“The incidence of mental health issues in Midlothian, while similar to the rest of Scotland, is a concern.

“People who have life-long mental illness are likely to die 15-20 years prematurely because of physical ill health.”