Where are the courageous politicians we need? 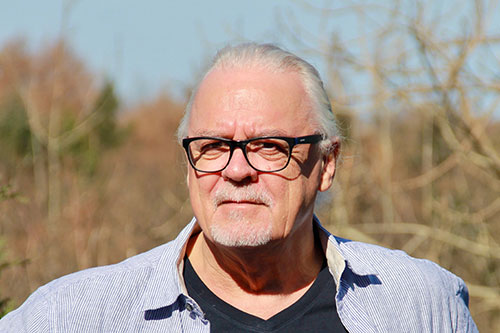 This View has been written by Midlothian resident Bill Kerr-Smith.

On Thursday the Chancellor of the Exchequer will stand up in Parliament and lie to the country. Such is the level of trust in politicians that almost no-one will be surprised. But what is unusual about this lie is that all the opposition parties will collude with him in misleading the public about our true national economic situation and substantially agree with his core assertions. They will do this because the free-marketeer ideologues have sold the nation on the notion that the UK has a credit card that has been maxed out and we need to balance our budget and pay back our debt, just like a household or a business. But the UK is not a household or a business and nor is it in any way like one. The UK is a sovereign nation with an independent currency, which can afford to pay for anything it wants, if that payment can be made in pounds and is made for credible investment.

This “household” analogy will be used to justify the imposition of austerity on the public finances and, just like the first time austerity was applied, under Cameron/Osborne, it will not work and will only further impoverish the lowest-paid and those who depend on public services and benefits. Since the application of Austerity 1.0, there has been ample time to assess the effectiveness of those policies and the impact on the economy. It is overwhelmingly accepted that Austerity 1.0 was exactly the opposite of what should have been done and led to low growth and wage stagnation, from which we have yet to recover. Yet the Tories want to repeat this madness and make the poorest people in the country bear most of the weight of repairing the damage caused to it by the wealthiest. Austerity 2.0 is a classic case of repeating the errors made last time but expecting different results.

At a time like this, we should surely expect our opposition parties to point out the fallacy of the Tory narrative and highlight an alternative approach, taking into account our position as a sovereign nation. But, in Midlothian View yesterday, I note that the SNP proposes almost exactly the same approach to the economy as the Labour party, which is a lot like the Tory approach, only with more taxes on the wealthy. All our major political parties are peddling the notion that we have run out of cash and have to fill a black hole in public finances.

There is no “Black Hole” in the public finances – except the one the Tories plan to create (by adopting inappropriate “fiscal rules”) to justify taxing the least well-off in our society and to protect the wealth of the richest. And they can only get away with this nonsense if opposition politicians allow them to.

How will the “black hole” be conjured up? The arbitrary “fiscal rules” they will apply should never be applied in a recession. These will require us to bring down our borrowing and pay down our debt over the next few years. This approach is justified by pretending our country has to manage its finances like a household does. This is simply not true. We could choose to adopt rules that say that we will reduce borrowing over 10 years, or 20, or even more.

And why should we do this; because we are in a deep crisis caused by war (energy prices), political/economic failure (Brexit) and plague (Covid). These have to be considered as factors that justify a war-time approach to finances. We can always afford to fight wars, but why? It’s because we spread the repayment of borrowing over decades and there is a clear economic reason for the expenditure. This is exactly the situation we are in now.

Markets don’t melt down when money is borrowed to invest in sensible things like the NHS or housing, or infrastructure. These are assets that will make us more productive and economically vigorous in future. Think of it like the difference between taking out a mortgage to buy a house (a solid asset that will probably increase in value throughout the duration of your loan). Compare that with borrowing to buy billions of lottery tickets to give to your friends, in the hope that they will win and spend all that money in the UK economy. Markets assess risks and potential rewards and will melt down when free-market ideologues propose to borrow to give money away through tax breaks to the people who are already the wealthiest.

A balanced budget would be quite nice to have, but it’s not a necessity and we haven’t had one for decades – and neither has any major economy. And governments hardly ever reduce their “National Debt”. And why should they? That debt is actually savings from pensions and funds who want a safe place to invest. We apply the wrong perspective when we look at the national debt. When a bank takes deposits from customers, we consider those to be assets, but they are just as much debts (owed to the customer) as our national debt is. Why would we want to stop people saving with us?

Tories don’t want to admit this reality because they would then have to admit that we can afford the public services that we need (like the NHS and local government) and we can afford to pay people properly, feed starving school kids, house the homeless and clean up our rivers – just for starters. If they had to admit the truth, then they would have no justification for selling our assets to private enterprises and for not applying fair levels of taxation. The other political parties are afraid to champion the truth about our finances because most of the mainstream media consists of Tory cheerleaders, who would ridicule them endlessly. But the facts are the facts and a few newspapers are now beginning to raise these issues.

Everyone who cares about justice and equity in this country needs to say so and to take a stand against the ridicule pumped out by Murdoch and Co (and, sadly, not challenged enough by the BBC). We really need politicians of courage to stand up and say that any claim that we have “maxed out the credit card” is simply not true. We can build the society we want if we support politicians of courage; but where are they?