Winning award was a positive experience for local art club 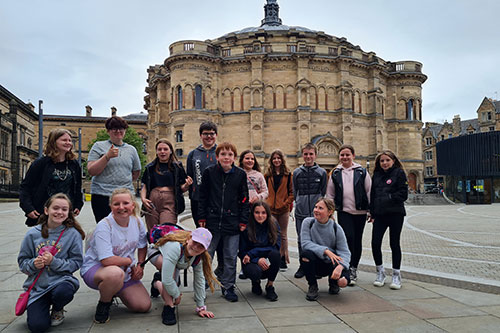 Do you know any young role models aged between 8-26 years? If you do, then why not nominate them for a Midlothian Young People Award (MYPA)?

These awards acknowledge the contribution of young people to their local communities. Nominations are open in five categories and both individuals and groups can be nominated:

There is also the Midlothian Prize for the best overall winner from the 5 categories. The winner of this award last year was the Amazing Brains Committee, a local art club. Club Coordinator Donna Strachan feels the young people involved with the club benefitted greatly from being nominated and winning the award. She said:

“Midlothian Young People’s Awards is a brilliant way to shine a light on what young people in our communities are capable of, to recognise their achievements and to demonstrate the meaningful and rich contributions they make to our community. Winning the Midlothian Prize was a great experience for young people on the Amazing Brains Committee of Art Club, it showed them that their work was recognised, seen and valued.”

Paper copies of the nomination forms are available in Midlothian schools, libraries and leisure centres. If you need help email: CLL@Midlothian.gov.uk

Winners will be announced at a special awards ceremony at Rosslyn Chapel, hosted by Midlothian’s Lord-Lieutenant Lt Col Richard Callander.