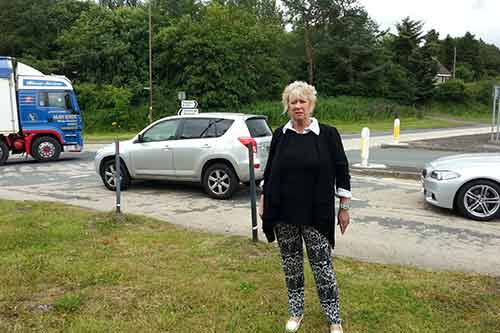 Covid 19 struck us almost but not quite out of the blue. Yes, we saw re images from Wuhan and the seafood market. It was around December 2019 but like you, and governments around the world, there was little idea it would make the word “pandemic” real.

So here we are. The First Minister has just lifted further restrictions and shops have re-opened, folk are sitting wrapped up to the nines in the cold East wind hugging an outdoor coffee. I have had my first non-DIY haircut and garden centres are places of pilgrimage for those lucky enough to have a garden.

But that’s the key word, “lucky”. This pandemic has demonstrated two things clearly for me: the inequalities in our society and the qualities needed for national leadership in times of crisis.

So, as we move through carefully to recovery, are we going to pick up where we left off in March 2020? It cannot be. We need to build a fairer country with a decent living wage, a tax and benefits system which means those well off contribute more for those less fortunate and where wasteful billions is not spent on nuclear weapons.

To do this we need to have full economic power not hand me downs from Westminster of our own money. That requires Independence.

As for leadership? I compare the rigour, the determination and the steadfastness of our First Minister steering Scotland through covid to the bungling, vacillating and apparently callous Boris Johnson. A man who reputedly said he would rather see “bodies piled high” than go into another lockdown. This Prime Minister won’t say if he paid up front for the £200,000 facelift to his Downing Street apartment. Whose Tory party saw the old pals act give millions of PPE contracts to their businesses when they hadn’t a scooby how to make them.

The election is next week. It’s a choice between recovery with the First Minister or Boris Johnson. It is also a time to let Scotland as we move to recovery to have it own choice. Simply that choice of a referendum and that decision to join other small independent European nations, a member of the EU and the UN, speaking up for itself.