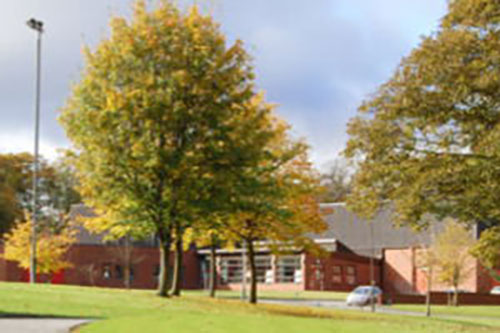 The new school will replace Beeslack High School in Penicuik.

A new ‘secret’ location for a secondary school is set to be acquired by Midlothian Council in a matter of weeks despite concerns it could leave children facing a 40 minute walk to class and crossing a major road.

Council officials are in negotiations with the landowner of the site but insist the public will not be told the location until the deal is done.

The move has brought criticism from Councillor Kelly Parry whose ward includes families who will be affected by the new school, which will replace Beeslack High School, Penicuik.

Councillor Parry lodged a series of questions for the council leader on the ‘new’ school site which will serve communities of Loanhead, Roslin and Bilston ahead of a virtual meeting of the council last week.

However rather than debate the questions during the public part of the meeting, written answers were provided to elected members who were told “commercially sensitive” information had to remain private.

A redacted version of the response was provided to the Local Democracy Reporting Service on request by the local authority.

It revealed that negotiations are under way with the landowner with hopes an agreement will be met by the middle of next month adding “the location of the site will be made public on the acquisition of the site.”

Midlothian Council’s new secondary school, which will replace Beeslack Community High School has been referred to as the “A701 corridor school”.

Consultations with the communities on the design of the new school and potential changes to catchment areas will take place in the coming months with a planning application for the building expected to be lodged next summer.

However Councillor Parry said some families will have based decisions such as where they live on the assumed siting of the school at Gowkley Moss.

She said the new location “will significantly impact on Loanhead and Roslin pupils given the extra walking distance to the new location, in some cases 40 minutes each way”.

She added it could also mean crossing the A701 for many pupils.

And she asked whether Government funding could be impacted for the new school given the change of plans over location.

The council leader response insisted no preferred site was included in the initial funding application adding “the Scottish Government is aware of the new preferred site and the work being undertaken to acquire the site.”

Councillor Parry said the decision not to publicly answer her questions was concerning.

She said: “The questions did not ask the council to reveal any commercially sensitive information.

“There are serious questions to be answered around the process of this, and the overall ‘transparency’ of Midlothian Council is questionable.

“I intend to keep asking questions on behalf of residents and I am determined to keep representing the views of the community no matter how awkward it is for the Labour administration.”