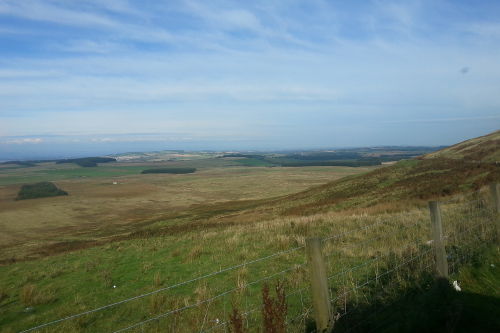 Following a Holyrood debate on the Scottish Government’s commitment to create at least one new National Park last week, MSPs from across the chamber have jointly written to South of Scotland Enterprise (SOSE) to ask it to support bids for both the Borders & Midlothian and Galloway.

During the debate, which saw many MSPs promoting their own areas for consideration, Finlay Carson, Conservative MSP for Galloway and West Dumfries, asked Christine Grahame, SNP MSP for Midlothian South, Tweeddale and Lauderdale, if she would write jointly to ask SOSE to support both areas. The MSPs agreed to do so and subsequently invited all other South of Scotland regional and constituency MSPs to sign, with cross party support given from local Conservative, Labour and SNP politicians.

“We both believe our respective areas have many assets that would make them ideal for a new National Park, however we can also see the benefits of them both.

“As such we see no reason why SOSE cannot support both areas as candidates, without prejudice or favour to either.

“In both locations new National Parks would offer opportunities to protect our natural environments whilst promoting responsible tourism and new economic opportunities.

“We appreciate that there will be challenges and concerns about the creation of any new National Park, especially and understandably from the agricultural communities, so they must be at the forefront of any consultation to ensure they are confident they can benefit from the protections and economic opportunities a National Park could provide. Similarly any proposal must consider the practicalities of a National Park and additionally benefit the residents of the area.

“We look forward to SOSE’s response in due course.”