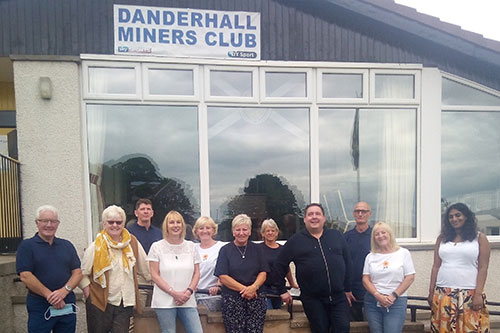 A guerilla gardeners group set up to stop a council using toxic weedkiller on public land has been nominated for this year’s Keep Scotland Beautiful campaign.

Danderhall and District Guerrilla Gardeners formed during lockdown to represent its local community after it united against the use of pesticide by Midlothian Council.

The group of volunteers adopted green space from the local authority and set about weeding, planting and maintaining the land.

Now less than 18 months after forming the group is preparing for the arrival of judges from the prestigious competition who are due to visit next month.

The group said a driving force behind local support was a desire to keep the village of Danderhall looking as good as new despite housing sites which were threatening to dwarf the community.

And it said the pesticide campaign had struck a chord, with local residents donating their time as well as tools, plants, money and lots of thanks to the volunteers for the work they have been doing.

They said: “When we were set up, we needed to tackle not only the issue of pesticide use, but many years of neglect.

“We also faced the controversial planning consent to the building of a new town, Shawfair, and of the many housing estates all around our villages and hamlets by a multitude of developers.

“Where once farmlands, woods, country paths and wildlife flourished, our community was losing its identity, swamped with a huge housing development programme, and our greenfield sites all around us lost, and at pace.”

The group has worked with Shawfair developers and the local authority to form a partnership to help create the surroundings they want in their community.

They said: “We insisted on the replacement of trees, no felling of existing trees until after nesting, and landscaping in surrounding developments to recreate wildlife friendly habitats.

“We requested materials that could be recycled in the village, and that developers help with the transportation of such to our new garden areas. So, a very positive result to benefit the local villages, from a huge building programme, and very good relations have been formed with the development company Shawfair LLP.”

The Keep Scotland Beautiful judges are due to visit Danderhall on August 12 when they will be greeted by the Guerilla kids, youngsters who have been involved with the group.

The winners will be announced in September.