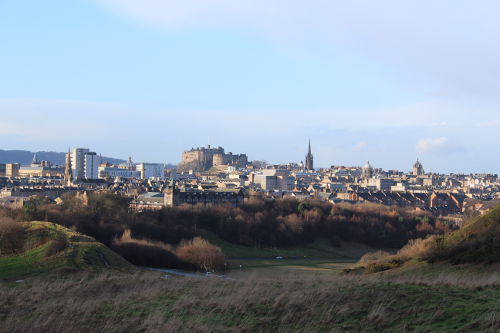 The leader of Edinburgh City Council says he has been inundated with thousands of “blatantly racist” emails from supporters of right-wing organisations looking to interfere with the council’s ongoing Slavery and Colonialism Legacy Review.

Speaking ahead of the final day of a public consultation on Edinburgh’s historical links to colonialism and the slave trade, Councillor Adam McVey said he hopes the process will allow the city’s story to be told “more honestly”.

But he reported personally receiving messages “specifically aimed to generate negativity”, including racist remarks targeted at the enquiry’s chair, Sir Geoff Palmer, in the course of collecting people’s views on the topic.

The council launched the review in the wake of widespread anger and protests sparked by the killing of 46 year-old George Floyd by a police officer in Minneapolis in May 2020.

Several Black Lives Matter protests in Edinburgh sought to highlight the capital’s own connections to slavery and the wealth it generated, with people calling on the council to remove street names and statues honouring historical figures such as Henry Dundas and and former Prime Minister William Pitt, who both opposed the abolition of the slave trade.

In one demonstration, the words ‘George Floyd’ and ‘BLM’ were spray-painted on the base of the Melville Memorial in St Andrew Square, which was built in memory of Dundas. In response, the council created a new plaque for the monument explaining he was “instrumental in deferring the abolition of the Atlantic slave trade”.

Recalling the events of summer 2020, Councillor Mcvey said: “One of the things that was really awakened in the city was this sense that we’re not being honest with ourselves about what Edinburgh is like for some people right now and the history and benefit of our city that still has an impact on our culture today.

“We immediately took action to resolve outstanding issues, like the story that we’re telling at the Melville Monument, for example, about exactly the circumstances of that person’s achievements and controversy and also kick-off a review which is an independent review chaired by the excellent Sir Geoff Palmer. It’s got a plethora of experience around it and we pulled in skills, knowledge and experience from our universities and groups like Edinburgh World Heritage to make sure that we’re shaping that right, asking the right questions and delving into it.

“Edinburgh and the wealth which was accumulated in Edinburgh historically came in significant part from plantations and colonisation and oppression as well as chattel slavery of entire peoples — and that’s an uncomfortable truth we have to live with.

“That truth isn’t about tearing everything down that’s associated with that wealth at the time. The majestic built heritage was significantly funded in-parts by wealth accumulated from people who were involved in the slave trade and also latterly compensation payments that people received when slavery was finally outlawed. So the inhumanity of that practice has built some absolutely fantastic architecture in Edinburgh.”

The council’s Slavery and Colonialism Legacy Review is looking at various aspects of the city’s heritage rooted in its colonial past, such as Edinburgh’s New Town and the physical expansion of the city from 1767 – 1850, the legacy of intellectuals, academic institutions and hospitals and inspiring individual stories.

Councillor McVey added he hopes it will allow the story of Edinburgh to be told “more honestly and more openly”.

He added: “The purpose of this exercise is not to distance ourselves from that or try and run away from it. It’s to tell that story more honestly and hopefully build a greater appreciation for what our city actually is, not just the heavily edited version we feel much more comfortable with.”

An online survey collecting views from Edinburgh’s residents on how public spaces commemorate links to slavery and colonialism – and how the city’s past should be addressed – closes on Wednesday January 19th at 23.59.

“I’ll be very interested to see what people come up with. It’s also really important that we highlight some of the statues of contemporary people who argued against inhumane practices and markets as they were then.”

He added that comments from “people who have no association with Edinburgh” have sought to “frustrate the work that we are engaging in”.

“I have been emailed by thousands – and I mean thousands – of people overwhelmingly down south from organisations I would describe as right wing, if not far right wing, who through their own networks put my contact details out to try and frustrate the work that we were engaged in,” he said.

“Some of the comments, of course, are genuine academic debate and that’s absolutely fine, but some of the comments are dishonest hyperbole specifically aimed to generate negativity which is unfounded or in what we are doing as something that it just isn’t and a lot of that has been targeted at the chair of the enquiry Sir Geoff Palmer in a way that I have often seen as just blatantly racist in a way that I don’t think a white independent chair doing the same work would have received.”