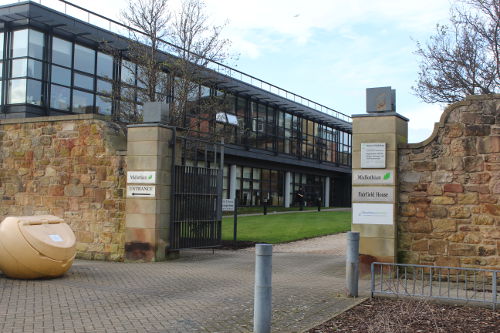 Midlothian councillors will hold their first public in person meeting in more than two years next week after being told a hybrid plan may not be in place for six months.

Without a hybrid solution in place residents will not be watch the meeting online or later on catchup.

Elected members had agreed to move from virtual meetings, which have taken place since June 2020, to a hybrid model which would allow some people to attend council chambers and others to take part virtually.

However a special meeting of councillors today agreed to allow next week’s full meeting of the council to go ahead just in-person after being told the hybrid plans may not be ready to introduce for some months.

And they were told the costs of the new hybrid meetings going forward had been estimated at around £128,000.

It supported the introduction of hybrid meetings moving forward with a report on costs due to go to council on October 4 making the proposal.

However it said: “Noting that implementation of option 3 may take until March 2023, the group were to explore the interim hybrid arrangements for scheduled council meetings in November, December 2022 and February 2023.”

And it asked councillors to approve a decision to meet in person next week for the October meeting when the plans would be discussed further.

Councillors unanimously agreed to meet in council chambers for next week’s meeting.