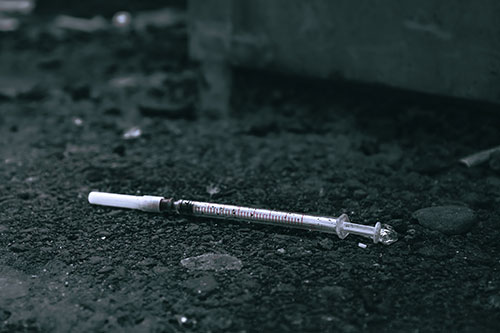 Midlothian has recorded its highest number of drug deaths in ten years with six times as many men now dying from drugs related deaths compared to a decade ago.

The latest figures showed 21 people losing their lives to drugs in 2020.

“Each one of these deaths is a tragic loss and we should never lose sight that each one is someone’s parent, child, loved one or friend.

“We’re working with partners, including people with lived and living experience, to reduce the harmful impact of long-term drug use.

“We have increased investment in a range of services including improved access to Naxolone, a medication used to block the effects of opioids, peer support and funding a women’s peer support worker.

“Throughout the COVID-19 pandemic our services continue to provide access to treatment, including a trial of Buvidal, a Buprenorphine prolonged-release injection.

Scottish Ministers warned the national report on drugs deaths was going to make ‘challenging’ reading when it was released this week.

In East Lothian, however, the county’s fatalities bucked the trend, falling for the first time in three years.

Both sexes saw a rise compared to 2010 figures when six men died and one woman.

Health chiefs put the decrease down to continued work to reduce harm caused by drug use and increased funding in services.

A spokesperson for East Lothian Health and Social Care Partnership said: “The partnership has taken and will continue to take a number of measures to tackle the harms caused by the use of drugs including increasing the amount of funding for East Lothian services, increased access to and coverage of Naloxone and sustained investment in peer support and nurse working in primary care.

“Through the pandemic, services provided assertive outreach and access to treatment.”

Both Midlothian and East Lothian health chiefs gave recognition to increased funding announced by the Scottish Government issuing mirror statements supporting the need for all services to work together” to tackle the drugs issues in their communities.

The partnership pointed to services available to people, carers, families and communities with information for both areas available through www.meldap-recovery.co.uk.