Midlothian misses out on Level 1 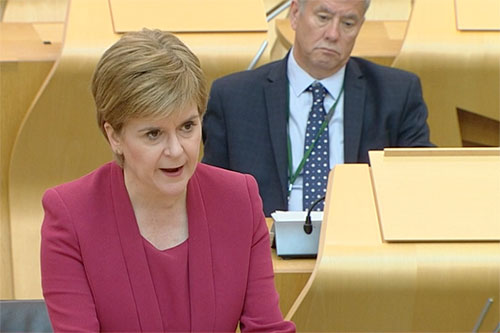 Midlothian will not move into Level 1 restrictions on Saturday after cases in the county remained higher than average.

She said that for areas like Midlothian, it could even be argued they should move to the more restrictive Level 3, which has been imposed on Glasgow and Moray in recent weeks.

The First Minister told the Scottish Parliament: “There are other areas in addition to Glasgow which are not currently meeting the criteria for Level 1 either in case numbers or test positivity.

“Indeed, if we looked at just the raw numbers, it could be argued that some of these areas should be in Level 3.”

Midlothian and Edinburgh will remain in Level 2, while neighbouring East and West Lothian moves into Level 1.

The First Minister stressed that Level 2 was “not lockdown”, while acknowledging it would be disappointing for some.

Level 1 areas will allow larger gatherings for weddings and events, and the reopening of soft play areas.