New Pétanque Piste is set to open in Newtongrange 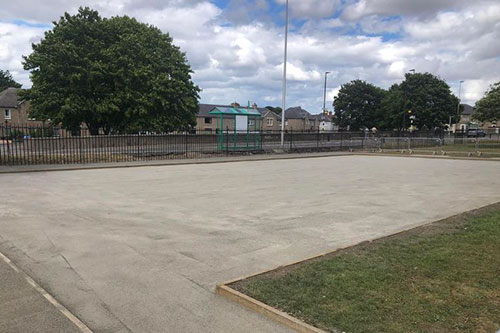 A Pétanque Piste is in the final stages of being built in Welfare Park, Newtongrange.

Pétanque is very popular in France where Pistes can be found in most towns and villages. Players take it in turns to throw their boules at the target ball, known as the Jack. The objective is to score points by having your boules closer to the target than your opponent after all boules have been thrown.

The game is very sociable and the Pétanque Piste will give people the opportunity to meet new folk in the fastest growing sport in Scotland. There will be two benches at either end and a ramp for wheelchairs.

A Newtongrange Pétanque club is in the process of being constructed and the club will be looking for members to join the club, enjoy the piste and learn the game. A committee will be formed and throughout the year there will be regular club meetings.

The fee to be a member will be £10 per year so come along and help build the club from scratch and enjoy meeting new people.

If you do not have any Boules and would like to see what the game is like come down on club night’s and days and we will supply Boules for you to try out.

If you are interested then visit the Newtongrange Pétanque club Facebook Page. The page has a link to a membership form for you to download and fill in.