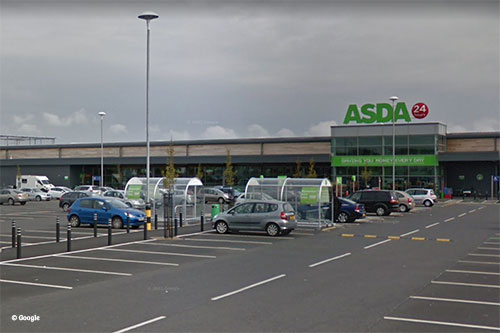 A key-cutting shop has been given permission to remain permanently in its pod outside a major supermarket after its owner claimed planning demands were unreasonable.

The Timpson pod, at Asda, Loanhead, was given three years temporary approval in 2018 but attempts by its owner to extend the permission to ten years were rejected.

Instead planners added a condition requiring them to reapply for permission to stay at the site every year.

Agents on behalf of applicant Steve Roberts, said the Timpson pod had a lifespan of 25 years and no other council had imposed a temporary approval restriction on any other pods.

They said: “There are over 200 Timpson pods now trading within this type of pod. All other permissions are permanent as the local authorities did not consider the pods to be of a temporary nature.

“We requestion the condition is removed as it is both unreasonable and unnecessary.”

The review body unanimously agreed to remove the condition after visiting the pod ahead of its meeting this afternoon.