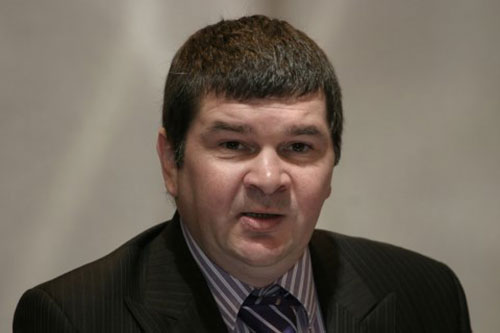 A minute’s silence was held in tribute to union stalwart Tom Waterson by health and council colleagues today as new of his sudden death was announced.

Mr Waterson died in hospital in the early hours of Thursday morning, September 9, after developing pneumonia.

A virtual meeting of Midlothian Integration Joint Board (IJB), at which Mr Waterson was a regular attendee, was told NHS Lothian staff had been informed of the father-of-two’s death earlier in the day.

She said: “He was a long serving member of the NHS beginning as a porter. Thoughts are with his family.”

Wanda Fairgrieve, IJB staff representative, said Mr Waterson’s death had come as a shock but he had been dealing with health issues over the last two years.

She said: “He lost a leg and developed sepsis and was admitted to hospital several times but he kept himself going.

“He leaves behind a lot of friends and colleagues as well as his wife and children, aged 11 and five, and all our thoughts are with his family.”

The board held a minute’s silence before moving into business, in tribute to Mr Waterson, who was NHS employee director and a well known figure in UNISON where he represented health workers at local, national and UK level.

“Tam had been in and out of hospital over the last 2 years, and he showed great courage during these times.

“Everyone at UNISON Scotland is shocked and our thought and prayers are with Pamela, and their children Aeden and Erin at this difficult time.

“Tam was a committed socialist, trade unionist and strong campaigner he will be terribly missed.”