Working across the political divide – It’s what people expect 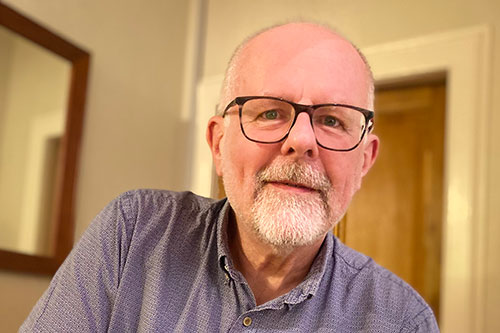 Being able to work together with other political parties is the only way to get things done that improve services for the people of Midlothian.  I firmly believe that is the case and it’s what the people that elected us expect and deserve.

With the Council as evenly balanced as it is here in Midlothian, with 7 SNP, 6 Labour and 5 Conservative Councillors this can be a difficult task, but it’s something that broadly speaking we have been able to achieve, at least for the last three and a half years or so.

After the Council elections in 2017 the balance between the parties was slightly different than today, with Labour with 7 Councillors, SNP with 6 and Conservatives with 5.  The by-election that followed the tragic death of Councillor Adam Montgomery resulted in a switch of the Penicuik seat from Labour to the SNP.

However, when we approached the other parties to discuss this the SNP indicated that they wanted nothing to do with any administration that included Conservatives and the Conservatives took the same view about getting involved with the SNP.

In these circumstances the Labour group felt that it would be wrong to join with one group and exclude the other, so we were forced to form a minority administration.

Setting a balanced budget is one of the most important things a council has to do.  Everything else that it does depends on this.  From an early stage we decided that all financial reports would go straight to Full Council for discussion and decision rather than to Cabinet.  That way it was up to non-administration Councillors to either support proposals or not.

For the first couple of Council budgets there were counter proposals tabled and some compromises made on all sides to get the budgets agreed, however these tended to be based on last minute discussions rather than everyone getting round the table, over a period of time, to develop a well-considered and more robust budget that we could all accept.

So, it was decided to form a cross party group to work together to determine a longer-term financial strategy for the Council and to agree how to modernise the way the Council delivered services.  This group, the Business Transformation Steering Group, was formed with equal representation from each political party together with senior officers.  The last three budgets have been developed and agreed through this group and as a result I believe were more robust and were agreed by the full Council.

Where previously senior officer appointments were made by members of the administration, this is now carried out by 2 members of each political group.  The Council’s digital strategy has been developed cross party and a weekly meeting of the leaders of the three groups with the Chief Executive takes place.

Obviously, there are differences between the policies and priorities of the three parties on the Council, but where this is the case, these are debated openly at the Council meetings and voted on to enable a majority decision to be made.

As Cabinet member for Education and Children’s services I became concerned that sometimes when proposals came before Council, that appeared to be straight forward enough to me, were delayed as other groups were perhaps suspicious of the motives or did not fully appreciate the reasons for the proposals. As Cabinet member I benefitted from regular briefings from the Director and senior officers that other members were not necessarily getting or even requesting.  I proposed that Council set up an Education Cross Party Working Group consisting of one member from each of the other groups and gave a commitment that we would all meet with the Director on a regular basis to receive the briefings, ask questions and discuss matters in detail, with each member reporting back to their respective groups.

This group has met regularly for the last 3 years or so on a weekly basis and I believe that we have an excellent working relationship and have responded well and positively to the many challenges we have had to face, particularly since March 2020, the start of the pandemic.

We know that the knock-on effect of the pandemic will continue to impact on all of us in the coming months or even years.  The effects that this has had on the education of our children is becoming clearer as studies into the effects are carried out and published.  To repair the damage done is going to take a lot of effort by all concerned and I think that it is imperative that all Councillors from all Parties work together to agree solutions and to identify and provide the resources required to do this.

I think, here in Midlothian though we are big enough to put our political differences to one side and work together for the benefit of the people who elected us. I think that is exactly what they would expect of us.